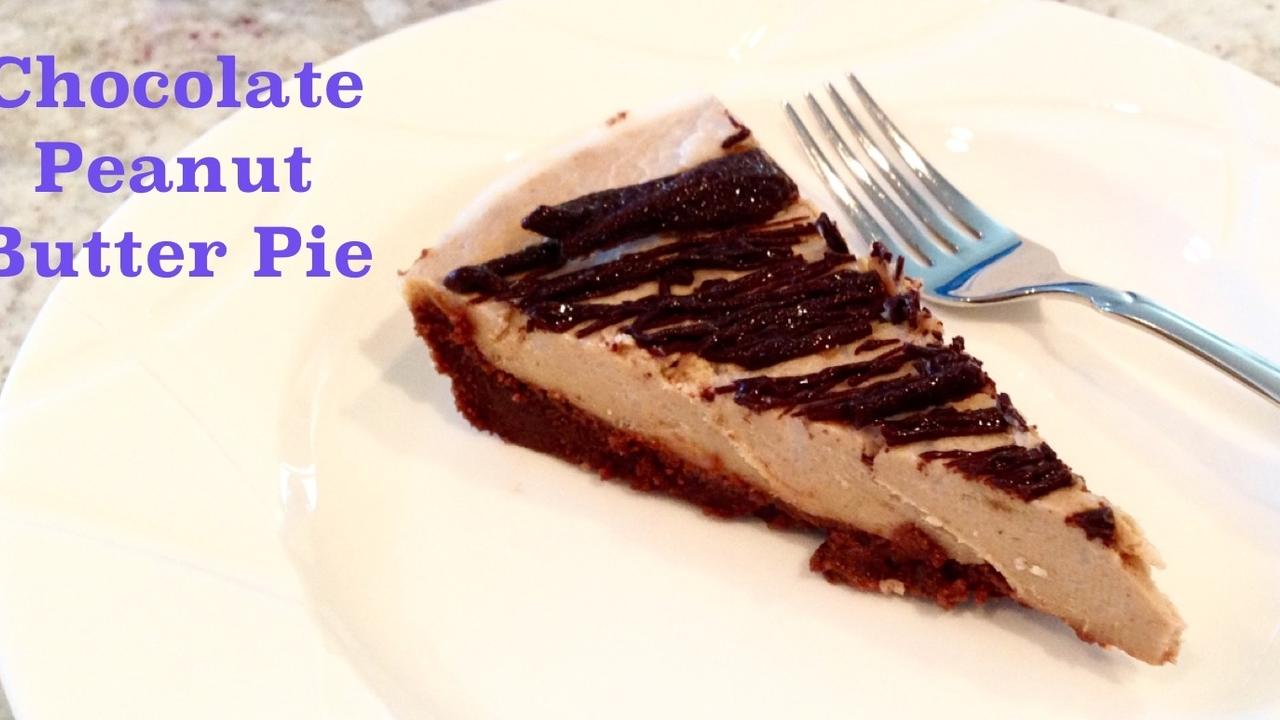 With all of the holiday parties and gatherings, I was excited to try new recipes, especially new dessert recipes.

We had the family over for Christmas Eve, so I was really looking forward to cooking some new dishes. I browsed through my favorite cookbook, Juli Bauer’s Paleo Cookbook, and picked out my menu: Sweet potato chili and chocolate peanut butter pie.

I got a little ambitious and planned to make deviled eggs too, but that just didn’t happen. Everyone brought a dish though, so we had plenty of food, and it was such a fun evening.

The chili was delicious, and I think I’m going to make it again today, but the peanut butter pie was “to-die-for”!

I tweaked the recipe a little bit, and made my own version of this creamy deliciousness.

A few notable changes: I used real peanut butter. She uses sunflower seed butter. I just prefer the taste of peanut butter, and I seem to tolerate it better. I imagine you could use whatever nut/seed butter you like.

Peanut butter is one thing I do make sure I buy organic because conventional peanuts are very contaminated. That’s one reason they get such a bad rap. I also make sure to buy natural peanut butter with no sugar added. Just like with other natural nut butters, you will likely need to stir it because the oil separates and settles to the top.

For the crust, I used walnuts instead of cashews and almonds. Additionally, I used a little less sugar for the crust, although it does need some. I tested this recipe a couple of times, and I made the first crust without sugar. It wasn’t good, so I don’t recommend doing that.

Not only is this pie incredibly delectable, it’s gluten-free, grain-free, and uses no refined sugar. It’s also really easy to make, so I encourage you to give it a try!