Could this Essential Oil be Better than CBD Oil? 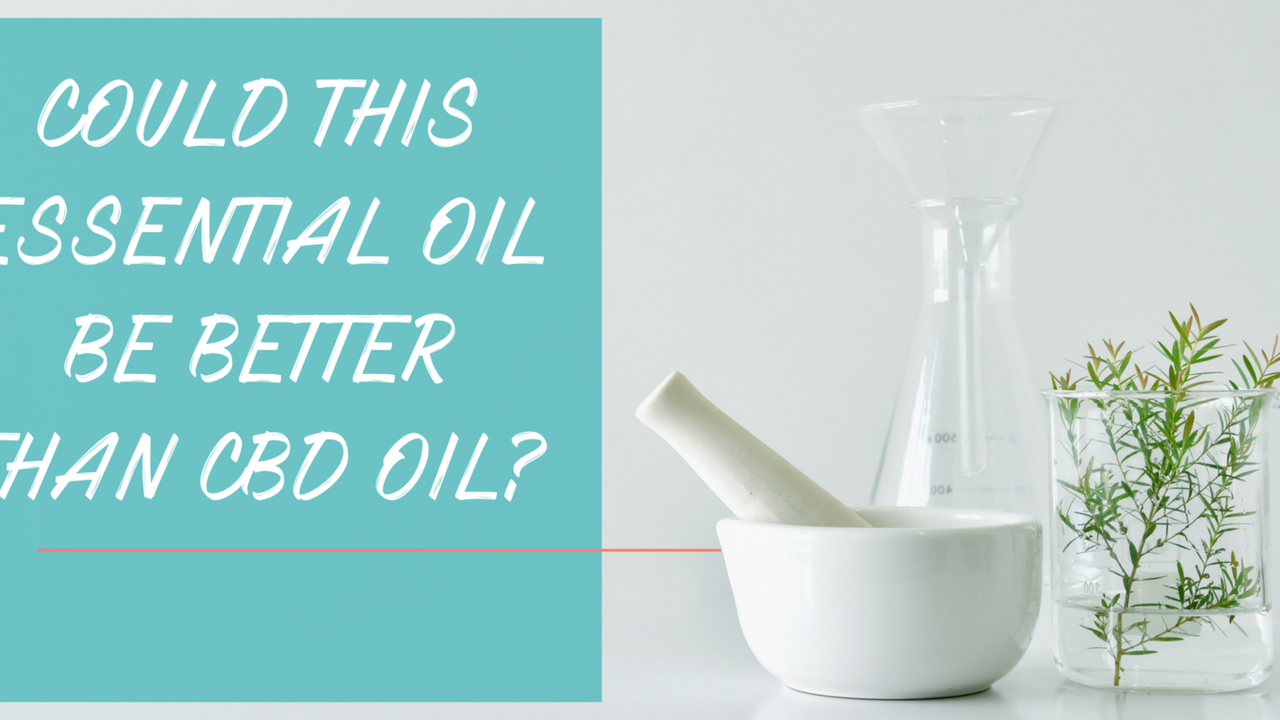 Medical marijuana, and CBD oil in particular, are becoming a very popular medicinal option for a variety of ailments from chronic physical discomfort to anxious feelings. While this is a promising and often effective option, there are downsides. For one, it’s not easily obtainable, illegal in some areas, and can be pretty costly. Secondly many CBD oils on the market contain little to no trace of the active CBD compound.

Well now we have another option that may prove just as effective or more so. But first let me back up and explain how and why these agents work.

The Endocannabinoid System (ECS) is a group of endogenous cannabinoid receptors found throughout your body. Theses receptors maintain the stability of the body’s internal processes while dealing with changes in the external environment. Immune response, inflammatory response, memory, and even appetite are affected by these receptors. They are a vital link between the brain and the rest of the body, coordinating communication by different cell types.

Two of the primary receptors are CB1 and CB2. CB1 is expressed primarily on the nerve cells in the brain, and CB2 is expressed predominantly on white blood cells within the immune system. Research has shown that CB1 activation influences memory processing and pain regulation, but it is also induces psychoactive effects. CB2 receptors support healthy nervous system function, proper immune function, and have soothing and relaxing properties on the body (similar to that of CB1), primarily through their ability to regulate inflammation. But perhaps most interesting is that CB2 activation does not have the same psychoactive side effects as does CB1.

CBD (Cannabidiol) CBD is one of over 60 compounds found in cannabis that belong to a class of ingredients called cannabinoids. Cannabinoids affect one or both cannabinoid receptors in the body–CB1 or CB2–and is a chemical compound that’s an active part of marijuana. CBD benefits include acting as an anti-inflammatory, anticonvulsant, antioxidant, antiemetic, anxiolytic and antipsychotic agent, and is therefore a potential medicine for the treatment of neuroinflammation, epilepsy, oxidative injury, vomiting and nausea, anxiety and schizophrenia. (source)

However, after testing many CBD oils in the marketplace, it was found that they contained little to no active CBD. Additionally, CBD does not act directly on the CB1 or CB2 receptors. Rather, it acts in an indirect manner.

THC (Tetrahydrocannabinol) THC interacts exclusively with the CB1 receptors and induces psychoactive effects. Plus, it’s illegal in many areas.

BCP (Beta-Caryophyllene) BCP is found in the essential oils of a variety of plants, including black pepper, rosemary, and melissa, and has the ability to bind to CB2 receptors. What this means is that along with its cellular and skin-health supporting properties, due to its activation of CB2 receptors, beta-caryophyllene may also support healthy nervous and immune function, and have similar soothing and relaxing properties on the body (similar to that prompted by CB1 activation), without the potential psychoactive side effects.

Copaiba oil is the best source of BCP, containing more than 50% beta-caryophyllene. That means that this BCP-rich essential oil, activates CB2 receptors, and positively influences your health by reducing pain, eliminating inflammation, calming the nervous system, supporting the cardiovascular, immune, digestive and respiratory systems, all while not giving off psychoactive side effects. (source)

Copaiba oil is extracted from the oleoresin of Copaifera species trees in South America. It is a powerful antioxidant, helps calm and support the nervous system, reduces pain, eliminates inflammation, supports the cardiovascular, immune, digestive and respiratory systems, and even makes skin tighter and younger looking. Its aroma is similar to that of a balsam tree.

I am loving my copaiba oil, and I know it will provide benefit to so many people! Have you tried copaiba essential oil? How do you use it?

To find out more about how you can get this oil or any of the other eight newly launched doTERRA oils, contact me here.