Should You Take Probiotics if You Have SIBO? 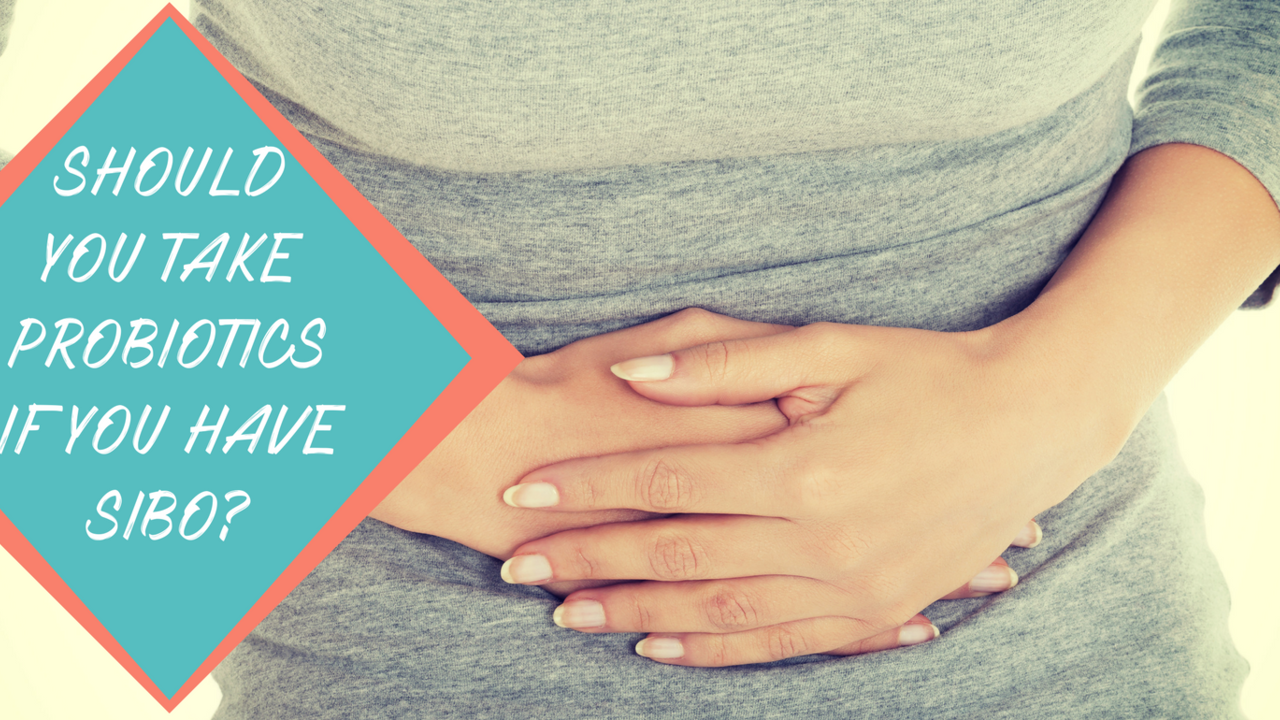 First off, let me explain what probiotics and SIBO are. Then we’ll get into whether or not you should take probiotics if you have SIBO.

Probiotics: Our bodies are full of good and bad bacteria. The good bacteria are the probiotics. They regulate the digestive system, improve the immune system and ward off infections. Not only that, but they’ve also been known to treat irritable bowel syndrome (IBS), inflammatory bowel disease (IBD), infectious diarrhea and antibiotic-related diarrhea, and in some cases small intestine bacterial overgrowth (SIBO).

Probiotics are incredibly beneficial and can help balance your gut through:

Small Intestinal Bacterial Overgrowth (SIBO): It’s just as it says: an overgrowth. But it doesn’t mean that it’s a overgrowth caused by bad or disease causing bacteria. In most cases, it’s actually caused by good bacteria, so those probiotics. But it’s good bacteria growing in the wrong location.

According to Hollywood Homestead, “The problem with taking probiotics for SIBO usually isn’t that you’ve got too much of the bacteria strain in that particular probiotic. Rather, the issue is that most probiotics contain prebiotics.”

Prebiotics are essentially just food for the probiotics to eat so they can reproduce in the gut.
The problem is that other bacteria in the gut will feed off the prebiotics too. So if you have SIBO, you’d be feeding the bacteria that caused it.

These ingredients may work against SIBO treatment. They may just fuel the overgrowth of bacteria in the small intestines and make it harder to restore balance.

So What Do I Recommend and Are There Some Probiotics that You Can Take for SIBO?

The two probiotic supplements I recommend are:

Prescript Assist is a soil-based probiotic with 29 naturally resilient strains that support your body’s natural intestinal balance. While it does contain prebiotics, this formulation tends to be well tolerated and supportive for those with SIBO.

MegaSporeBiotic is a spore-based probiotic that contains strains that have been proven to impede the growth of unwanted bacteria and yeast, while strengthening the immune response and producing essential nutrients at the site of absorption.

Megaspore has been shown to provide the following benefits:

Disclaimer: None of these statements have been approved by the FDA. While some scientific evidence does exist that shows probiotics might help SIBO, there is no conclusive evidence. Talk to your doctor before taking any probiotics for SIBO.

Are you suffering from SIBO? Have you tried probiotics in the past? I’d love to hear where you are in the SIBO journey, and what’s worked or hasn’t worked for you.